Your Webmaster Should Take A Look At This

Home >> Websites >> Your Webmaster Should Take A Look At This

Yesterday (16 July 2012) Google’s Webmaster Central Blog published a post explaining “semantics” (more about that in a moment) of web pages, urging sites to use semantic markup (specific types of HTML), and several “Do’s and Don’ts”. Could this be a signal of an upcoming algorithm change?

A Bit of Background 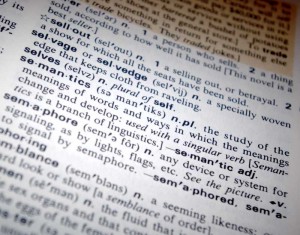 This will be the geeky part, but a bit of background will help understand what may turn out to be significant about the Google Webmaster Central post mentioned above. If you prefer, just skip to the last section for the punch line.

The code used to create web pages, generally speaking, is HTML. The actual “tags” used to designate elements (headers, paragraphs, blocks, etc.) is called “markup.” There are standards for properly creating pages with HTML, and those standards change and are updated as new browser features and other online capabilities become available. Google (and other browser and search firms) are usually represented in the updating and standards for HTML.

The latest version of the HTML standards was HTML5, which was not officially released. One group has gone forward with it, while another has renamed HTML5 as HTML and continues it as a work in progress. We’ll refer to both interchangeably as HTML5, for purposes of this post.

HTML5, not fully supported by all browsers at this time, replaces some generic markup with “semantic” markup. For example, before HTML5 you might have a section of your HTML markup called a “div” – a generic block that could be used for any purpose. One div might be your navigation links, and another might be a feed from your blog. These could be differentiated by an “id” so a div with an id of “nav” might be your navigation links, and a div with an id of “feed” might be your blog feed. “Symantic” markup changes this. You would now have a block for your navigation called “nav” and one for your blog feed called “feed” (there would be no need for a div).

Change Is In The Wind

In addition to encouraging adoption of HTML5, Google (and others) have encouraged the use of “Rich Snippets” and “microformats” – pre-defined markup tags whose names are meaningful (and which may have logically related sub-parts) – hence “semantic” markup. There has even been speculation that some search engines may rank a site higher if it uses rich snippets (though the use of spam to “game” this system has had an impact).

This recent blog post, after introducing semantic markup, mentions the freedom an author has in using the CSS tags “id” and “class” to describe a block, but urges that this freedom be used sparingly. The post then seems to argue against using fields that the author of a page can define, suggesting predefined tags be used, and author-defined elements be used sparingly.

Finally, the post contains a list of “Do’s and Don’ts” which consist primarily of saying, in essence, use the tags for the purpose for which they were intended, and not some other purpose (like gaining SEO value!). Examples include using font size and style to create a heading – you should use heading (“h1, h2, …”) tags instead; or using a table to create paragraph spacing – use paragraph tags, instead.

What Does It Mean?

Based on observations over the years, it is probably quite safe to say that Google doesn’t issue statements like this arbitrarily. In light of the emphasis on rich snippets and HTML5’s semantic markup, this list of “Do’s and Don’ts” and argument for using semantic markup sounds like a warning. We wouldn’t be a bit surprised to see sites using semantic markup be given preference in the search results in a future algorithm update.

Why would they do this? Think about it. If you can use generic markup tags with any type of id or class you want, it is much harder for a search engine’s robot to analyze the markup. But if you use pre-defined markup, the robot should have a much easier time of it.

What should you do? Since most of our businesses rely on search results, complying with this recommendation seems like a good idea (don’t they say, “Resistance is futile…”?).

If you’re planning a site redesign or update, give some serious thought to a developer who will use semantic markup. If you’re not ready for a major update, start thinking about when you want to do it, as this could be a critical decision for your business.