Guest Satisfaction vs Revenue: Things to Think About

Home > Reviews > Guest Satisfaction vs Revenue: Things to Think About

A recent post from Daniel Edward Craig on the 4 Hoteliers site (and re-posted in other places) has caused me to reflect a bit on the “business is business” side of things, as compared to the warmer, fuzzier, guest satisfaction side. 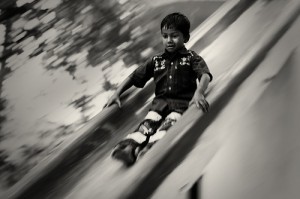 The article from Daniel Craig was based on a question he had received, asking if your hotel ranks at the top on TripAdvisor, are you not charging enough? Daniel surveyed a number of lodging professionals (hoteliers and consultants), and received a variety of answers. He concludes that there is no consensus, but clearly the benefits outweigh any costs.

From reading the article, it appears that by his conclusion, Daniel is saying, in essence, that being at the top on TripAdvisor is worth more than could be gained by a price increase which could cause a drop in TripAdvisor rank.

A bit of context

The question of raising rates, at the possible expense of TripAdvisor ranking, is essentially analogous to the concept of revenue management. That is, the approach used by airlines, many larger hotels, and sometimes other businesses, to use a fluctuating rate scale, rather than posted rates. Thus, when there is lots of available inventory, prices are relatively low. As inventory shrinks (fewer available rooms), rates increase. Other factors, such as holidays, may also play into the rate ultimately charged.

Using that analogy, then, the theory behind the question would be that there is a “sweet spot” where rates are increased until the TripAdvisor position slips down, just below the top group of properties. If this theory were viable, a property would be maximizing its revenue by charging more than its competitors, while not losing enough occupancy to reduce overall revenue. The profits would be gained by (a) increased room rates, and (b) reduced costs due to slightly lower occupancy.

Is it true? Is there a way to estimate the number of rooms a property would lose by dropping a few spots on TripAdvisor?

Searching for this information, we found a lot of articles stating that higher rankings means more bookings, which is certainly quite a reasonable expectation. However, none of these articles actually quoted any study, or supplied data, to back up these claims. The closest we could come to real data was a study by WIHP (a hotel marketing consultancy), indicating that, for properties in the top 20% for their destination get a lot of bookings from TripAdvisor. However, this study indicates that even properties below that 20% mark get a significant share of their bookings as a result of TripAdvisor.

Thus, while there is something of an urban legend that properties which rank higher on TripAdvisor will get more bookings than the others, there is little data to indicate that this is always the case. Certainly rank makes a difference, but there may be little difference between properties ranked close together.

2. What is the Price of Lost Guest Satisfaction?

Since reviews on TripAdvisor, and particularly the ratings which are used to determine the rankings, are purely the subjective views of the reviewer, there is no way to objectively correlate one rating against another. As such, these ratings are, in essence, measurements of customer satisfaction, or popularity of the property. No doubt one review (or even a handful of reviews) ranking a property lower than do the other reviews, will be seen as an aberration. However, consistently lower reviews, especially when accompanied by descriptions of perceived shortcomings of the property, will be seen as a significant decline in customer satisfaction.

If that decline in customer satisfaction in the form of less favorable reviews causes a property to lose its ranking on TripAdvisor – to use the WIHP data, below the top 20% for the location – a significant decrease in reservations (perhaps as much as 50% of the bookings related to TripAdvisor – which could be a loss of 5-10% of overall bookings) could overcome any price increase.

The general sense of revenue management is that the loss of revenue due to lower occupancy is more than offset by the increased rate. There is a customer satisfaction component to this, as well, but customers do understand the law of supply and demand – as there are fewer rooms available, paying more for a room rarely causes “sticker shock.”

This is not the case if you raise rates until your TripAdvisor rating slips. There is nothing that the guest can see as an objective reason for higher rates (such as few rooms being available). In other words, there is no objective, economic, reason for the rate increase. That, in itself, leads to a negative guest experience, which may well lead to more negative TripAdvisor reviews. This could clearly spiral out of control.

In addition, the analogy to revenue management breaks down in a very significant way. With revenue management, the situation is entirely in the control of the property. If a mistake is made, and rooms are not selling, changes can be made and the damage kept to a minimum.

Not so with TripAdvisor reviews. If your high rates have caused unfavorable reviews, the property has no control over which guests, or how many of them, post reviews. You have no control over the rating they give. It is fairly well accepted that unhappy guests are more likely to be motivated to write reviews than happy guests. Is that a chance you want to take?

In addition, you have no control over how far your ranking may slide on TripAdvisor. You do not control (or even have a way to accurately understand) their proprietary algorithm. While you can guess how it works to some degree, there is no way that you can push rates down a bit to get better reviews and “adjust” your ranking. In fact, just to disabuse any of the notion that price-tweaking can affect the ranking with any degree of precision, here is a quote from WIHP’s study:

Cutting prices doesn’t seem to be a large factor in customer satisfaction, at least not near as large as quality of the hotel and it’s service []. A guest is more likely to remember a great experience than a great price.

One other factor that we’ve noticed over the years – the positive side of guest satisfaction. Happy guests come back, and they send friends. One thing that is very hard to measure is the value of that TripAdvisor ranking that sent a guest, who enjoyed their stay, and not only came back (perhaps again and again), but also referred friends and family.